The Best of Primorska – Karst Plateaus and Wine Valleys

As the morning sun shines into the valley and the soft light illuminates the terraced hillsides revealing a spectacular sight of glistening vineyards, you could be forgiven for thinking you were somewhere in Tuscany or deepest Provence. But why go all the way there when all of this and more are right here on your doorstep?

Much of Slovenia boasts perfect climatic conditions for wine harvesting and there aren’t many places you can go without seeing fields of vineyards dominating the horizon. Never is this truer than in Primorska.

Western Slovenia comprises of a vast limestone landscape known as the Karst Plateau. Over millions of years the limestone has dissolved and been carved out like Swiss cheese by many rivers and streams to create an incredible world of tunnels, caves, sinkholes, springs, disappearing lakes and limestone fields. The dissolution of the limestone also enriches the land by releasing iron, resulting in a lovely deep red soil perfect for harvesting red wine.

As you head west on the motorway from Ljubljana your first view of Primorska is of the unique and imposing image of Nanos Mountain, appearing on the horizon like a ghostly apparition. It first becomes visible just as you approach Postojna.

Western Slovenia, from the Adriatic coast to the foothills of the Alps retains a distinctively mild sub-Mediterranean climate thanks to the warm winds that blow in from the southwest, often being counteracted by an infamously cold, dry and brutal wind known as Burja. On these occasions the Burja wind howls from the northeast and drops down from the dinaric mountain ridges, causing rapid drops in temperature. The wind gusts all year round, but is more prevalent in winter.

From the western foot of Nanos Mountain stretches the Vipava Valley. The Vipava region’s soil is known as Terra Rosa, and from it the ruby red Teran and Refošk wines are produced. The dry, gusty wind of the Burja also creates the perfect conditions for curing ham and thus the famous Slovenian Pršut is also produced here. The first stopping point should be at the village of Podnanos (Under Nanos). As the name suggests it sits in the shadow of Nanos just off the main route west to Nova Gorica. This is an excellent starting point for a hiking or cycling trip up the mountain or into the valley. You can pick up a leaflet on the surrounding trails from the TIC in Ajdovscina. On the outskirts, as you head towards Orehovica, lies the rather eccentric Zajčji grad (Rabbit’s castle), built in the 17th century and shaped like a horseshoe.

In the regional town of Vipava, karst streams burst forth from the limestone hills and trickle into town to feed the source of the Vipava River, which then cuts its way westward irrigating the surrounding fertile lands before joining the mighty Soča in Italy. Public transport into the valley from here is virtually non-existent so a car or bicycle is essential. As you head onto the wine road look out for wooden, ivy-decorated signposts that advertise Osmica, an age old tradition where for 8 days of the year a farmer will open up his doors and sell off the remainder of his wine and produce from the previous year. Various Osmice can be found throughout the year.

Amid the throng of viticulture there are some historical points of interest in the valley. Perched on a hill rising above the plain is the medieval fortified town of Vipavski Križ.

The western end of the valley rises up past Nova Gorica and onto the Goriška Brda hills. This is the second largest wine-growing region in Primorska and especially renowned for its white wines. Possibly the largest and most well-known wine cellar is at Dobrovo Castle, which stocks somewhere in the region of 300,000 wines. As the main outlet for the Brda wines, degustations are possible here, but it’s probably better to just simply use it to stockpile your own wine cellars at home. The best thing to do is continue westward further into the hills to the little village of Medana and stop for lunch at Belica Restaurant. From here you can dine on a terrace and marvel at the elevated view into the lush green plains of Italy.

A great time to come to both Vipava and Goriška Brda will be on November 8th when the whole of Slovenia celebrates the new wine from the year’s harvest, known as Martinovanje.

The Karst region covers most of western Slovenia and also stretches right the way to the coast. It’s a land of two worlds: above and underground. Close to the coast are the magnificent Skočjan Caves. The caves were carved out over billions of years by the Reka River, which still gushes through with the almighty force that can be heard echoing through the great caverns as you walk through. The daily tour takes you through a compelling world of gargantuan, billion-year old stalactites and stalagmites flaunting a myriad of colours. The highlight is crossing the 45m-high Hanke Canal Bridge, which takes you across a devilishly deep and narrow gorge.

The nearby village of Lipica would probably be passed by if not for the famous Lipica Stud Farm, where you can visit beautiful thoroughbred horses whose glistening white coats and gentle, graceful dancing have earned them a worldwide reputation.

The farm was originally founded in 1580 by the Archduke Karl (son of Emperor Ferdinand I). Back then the Spanish horse was generally considered to be the highest quality breed. The Archduke signed an agreement to restore the summer manner of the Bishop of Trieste after its virtual destruction by the invading Turks. He chose this spot due to its rich soil and climate bearing many similarities to Spain. He then imported twenty-four broodmares and six stallions from Spain and began his breeding program.

Head back north and you’ll come to Štanjel, a wonderfully charismatic walled town topped by a 15th century castle and overlooking the Branica Valley. Štanjel is one of the oldest settlements in the region and a classic example of a Karst village built almost entirely from limestone. As you wander through the city walls you are whisked into a world of narrow streets with stone underfoot, by the sides and just about everywhere you look. Other than the castle, the town’s other most visible structure is the bell tower of the Gothic Church of St. Daniel, which has been referred to as both a bishop’s hat and a lemon-slice. Whatever your view, the church does have a unique facade and has thus become the symbol of Štanjel.

As you trundle on beyond the church you are simply overwhelmed by the rustic features of the historic limestone houses, one of which is 600 years old. This ancient farmhouse is literally built entirely from limestone, including the guttering which channels rainwater directly into a nearby well. (Now that’s truly being eco-friendly!). Neatly placed limestone blocks on the heavy stone roofs reinforce it from the devastating effects of the Burja, as with most houses in the region. These traditional farmhouses are now a protected cultural monument. As you continue upwards you eventually emerge above the world of stone into a small clearing. This is a great place to sit and soak up the jaw-dropping view into the southern valley which falls off gradually to the Istrian Peninsula.

To experience a night in a traditional limestone house, head southward to the little village of Pliskovica where you can stay in the Pliskovica Youth Hostel, a 400-year old Karstic farmstead, now protected as a cultural monument.
www.hostelkras.com

In Sligo the first Monday in lent was called Salting Monday – unmarried women would be salted to preserve them.

Giants and a Dwarf in Bohinj

The Bohinj valley is so big and vast that once there was room for giants to roam. And many thousands of years ago they did just that.

Situated on New Zealand’s North Island, the Taupo Volcanic Zone is the country’s most geothermally active region. Rotorua is a popular destination for travellers and holidaymakers, despite the perpetual smell of rotten eggs. I found out why. 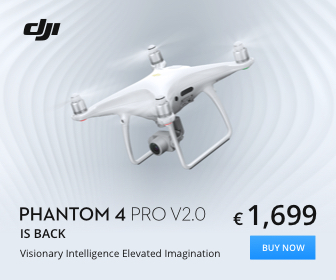 PrevPreviousOn the Piste in Slovenia
NextI only know my wife’s phone number in a foreign language, not in English.Next