There is a distinct Italian feel to the Istria Peninsula, lying at the north-western edge of Croatia. For good reason too, because the region’s history is dominated by Roman, Venetian and Italian occupation.

Pula (in Croatian) or Pola (in Italian) is the largest city on the peninsula. And if the abundance of holiday and budget airlines flying in is anything to go by, it’s the most popular vacation destination too.

The multitude of Roman buildings in the city are a shining example of its popularity in ancient Roman times too. In fact, Pula boasts one of the best preserved Roman amphitheatres in the world. The Pula Arena is one of the six largest surviving arenas in the world, and quite a sight to behold also. Built between 27 BC – 68 AD, it’s the only one to have all four side towers and all three Roman architectural orders perfectly preserved.

Every week during the summer you can watch a re-enactment of the gladiator fights that took place here on a regular basis. The arena is open daily and entry is 50 Kuna (about 7 euros) for adults, 25 for children.

There is a wealth of other historic monuments to visit also. Check them out here.

Naturally being situated on a peninsula, Pula is surrounded by stunning beaches and coastline, and also the nearby Brioni (Brijuni) Islands. This group of fourteen islands sit in the Fažana Strait and are reputed to be so beautiful that Tito made them his personal State Summer Residence after World War 2 when Croatia became part of Yugoslavia.

Interestingly, prior to the 19th century the islands were used only as a huge quarry. For a long time they belonged to the Venetians who used stone from the islands to build the palaces and bridges of Venice. In 1815, when Croatia was under the rule of the Austrian Empire, they shipped much of it to Berlin and Vienna.

The Austro-Hungarian Navy built the first fortress on Veli Brijuni Island, which went on to become a large naval base for submarines and hydroplanes, and formed a line of defence in the Fažana Channel.

The first time the islands were used as a resort was when the Viennese businessman Paul Kupelwieser bought the whole archipelago and created an exclusive beach resort. Since then the islands have become one of the most popular luxury holiday resorts in Croatia.

Today the islands have been designated a National Park, and almost every beach north and south of Pula offer boats trips for visitors.

READ  The Bog of Allen.

In 1915 the hydroplane base was moved to the mainland on a stretch known as Puntižela.

Recently, the local authorities have turned Puntižela into a brand new beach resort. It’s a great place for families with artificial beaches made from small stones. There are disabled swimming access points and other facilities also. And you get a great view across the Brijuni Islands. Currently car parking is free, and you can still see the old rails that were once used to transport the hydroplanes in and out of the water.

If you like camping, then the nearby Camping Brioni is a good choice. Otherwise there are plenty of hotels and apartments for rent around the area.

Just north of Puntižela is the lovely seaside town of Fažana. Naturally as fishing has always been the main industry here, it’s a great place to eat out for seafood lovers. There are many restaurants along the seafront, which of course are a little more expensive, but the food is excellent and not overpriced. Head into the village a bit and you’ll find some cheaper options.

South of the city lies the beautiful Verudela Peninsula. Although this is a little more commercialised and sprawling with hotels and holiday resorts, the coastal path is lined with lovely pine trees and is great for a morning or evening stroll. The rocky ledges are perfect for sitting in the evening and watching the sunset over the Brioni Islands.

Easyjet flies from London Gatwick and Southend to Pula

You can fly direct from Dublin to Pula with Aer Lingus

In Search of Nessie

The legend of the Loch Ness monster is one that has fascinated scientists and tourists for centuries. I was no different, so I went in search of nessie.

A World Above the Clouds – (Crossing the Bolivian Altiplano)

Lying at an elevation of 4000 metres and covering 10% of the country, the Bolivian Altiplano is the highest plateau in the world.​

Another Place to die by Sam North – Book Review

Another Place to die is a powerful portrayal of an underestimated threat. The invisible killer. We’ve all seen the media frenzy over the latest deadly 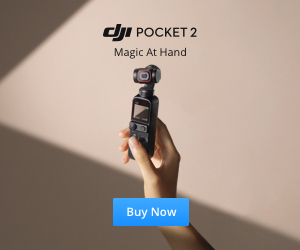 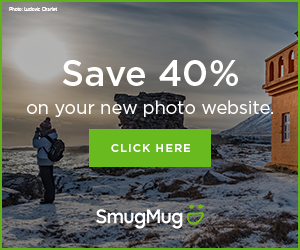